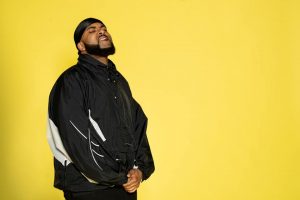 Rising Hip Hop artist Macntaj continues his hot streak of releases with the Official Music Video for his new single “MOTIVE” featuring King Leez.
Directed by long-time collaborator Justin Frick, Macntaj shows us how much fun he has taking out the trash, and that trash being fake rappers, overblown personas, and clout chasers. Consistently supplying his audience with top-notch visuals, Macntaj and King Leez spare no feelings on “MOTIVE” bagging up the trash and also delivering bar after bar in their respective verses.
Making his presence felt in the Northwest scene, Macntaj has climbed to the top of the totem pole with some of the music industry’s best music videos, entertaining singles, and a non-stop work ethic. The second official release from Macntaj’s upcoming debut album Big Bloc Meign, “MOTIVE” follows up on the personal and auto-biographical single “LOOK UP” featuring Jerome Dillard, which recently cleared over 600k views on YouTube.
Recently announcing a 7-figure deal with Bloc Star Evolution through INgrooves and Universal Music Group, the future is looking bright for Macntaj. With his debut album set to drop this year, Macntaj has gained the attention of the world through his recent controversy with Tory Lanez and most importantly by staying consistent with a high volume of quality releases. We’ve been amazed to see what Macntaj has been able to do as an independent artist and can’t wait to see what comes next with the proper backing!
Be sure to press play on “MOTIVE” and subscribe to YouTube to stay up to date with Macntaj’s new music! Also, mark your calendars for the release of Macntaj’s debut album Big Bloc Meign dropping later in 2021.