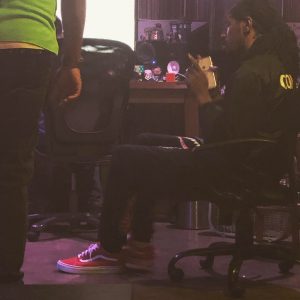 Portland artist Yo! X returns with the release of his new single and music video “On The Rocks (Freestyle) produced by Hotelgoldin.

A young veteran of the NorthWest music scene Yo! X comes through with a real banger on his latest release, delivering his patented laid-back flow over face-melting 808s. “I’ll take Henny on the rocks if I don’t got me no Wock” X repeats over the hard-hitting production. Filmed and Directed by Jeremiah Jefferson, “On The Rocks” finds Yo! X making the studio his home as he prepares even more music to drop in 2021. With the Portland music scene starting to make waves nationally, Yo! X shows why he’s been an innovator when it comes to music, fashion, and more. With a new project in the works and set to drop this Fall be sure to catch up on Yo! X’s latest album IMXHIM now available on Apple Music, Spotify, Tidal, and more!

Be sure to press play on “On The Rocks” now available on YouTube, plus all Digital Streaming Services as well (Apple Music, Spotify, Tidal, and more).