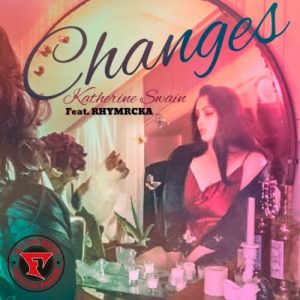 R&B singer Katherine Swain recruits NY lyrical vigilante Rhyrmrcka for her new single “Changes.” The record is produced by Bookowski for Fantom of the Beat.

Swain’s emotive and boisterous at times vocals convey a tale of broken promises. Her flow compels over a backdrop nostalgic of Pam Grier vibes. Swain’s had enough of hearing oh baby I’ll change, so she’s on her way to making some of her own changes. Rhyrmcrka’s verse backs Swain up as her vocals fade out but resonate. Stream “Changes” for an enticing nuptial between R&B and Hip Hop.

Produced by Mobutu Evans aka Bookowski for Fantom of the beat.
Mixed by A kid named Cus.
Mastered by Tim Boyce.
Additional vocal production by Pleasant Russell