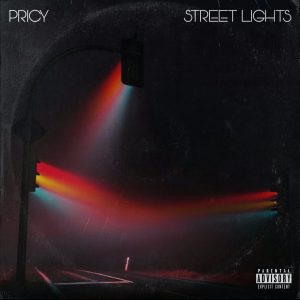 It’s been a long time coming but Portland rapper Pricy is set to release his debut project, No Game, No Glory on February 23rd, available on Apple Music, Tidal, Spotify, and more. Produced and engineered entirely by TOPE, Pricy recorded his debut album in Oakland, CA with the good weather and constant trips to Lake Merritt helping inspire the sound. Born and raised in Portland, Oregon – Pricy has long been talked about as one of the best rappers to come from the Rose City. Not only a rapper, but Pricy is the true definition of an artist from teaching himself how to produce and engineer to modeling to designing his own clothing line set to drop with his new album, there’s really nothing Pricy can’t do.
On the single “Street Lights” Pricy takes the time to introduce his pristine flow and impeccable bars over the classic sounding TOPE production. Pricy’s methodical wordplay on “Street Lights” shows why he’s been your favorite rapper’s favorite rapper for years and is set to make a splash with his debut No Game, No Glory, plus more features and projects currently in the works. Clocking in at just over 2 minutes, “Street Lights” is a perfect teaser for Pricy’s upcoming 11-track debut album, dropping later this month. Also, be on the lookout for the Official Music Video for “Street Lights” dropping soon shot by Collective Films LLC
Stream: Pricy “Street Lights” (Produced by TOPE)
Apple Music: https://music.apple.com/us/album/street-lights-single/1608504664