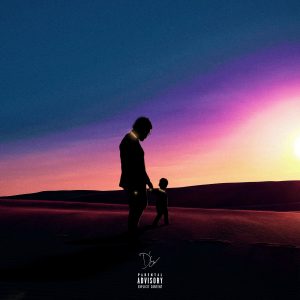 After holding a listening party last Christmas Eve and now with the new year in full effect, D’Shaun makes his first dent into 2022 with his new album Sincerely D’Shaun, II. This album comes into our rotation as we are still spinning his last two releases The Girl EP II and VirgoSZN EP with DeShaunJay back in 2021. This album is the second release in the Sincerely D’Shaun series as it’s predecessor was dropped back in March of 2017.  Although, this release is a bit different from previous releases, feeling as if the RYLTY leader was in a different creative zone during the recording process. D’Shaun says “I wanted to give a multicultural feel to the sound of the album, there are beats that are inspired by each coast, and I try to take you to each side of rap”. Keep that in mind as you spin this album because that is exactly what you get from Sincerely D’Shaun, II. The album is backed by a great beat selection that holds true to D’Shauns statement, as the artist enlists 6 different producers to help put their creative effort into the project. Those producers include EATVICTOR, MosDefMaro, Benji, TG aka Tommy Gold, ChillOutB and Trevv!. The San Antonio rep gives plenty of credit to Detroit’s Trevv saying “We definitely wanted to push the boundary, and it all was different because Trevv took most of the work into his own hands, executive producing the tape. Producing tracks #6 & #10-15 so that gave us a whole different perspective and sonic journey to embark on”. It’s hard to dissect an album when you hear no flaws because you have nothing but good things to say. D’Shaun has become very comfortable driving in his very own lane, but that doesn’t stop him from leveling up with anything he decides to release to his fans. “I know myself well, but I’m still trying to push the boundary” and man does he do exactly that with Sincerely D’Shaun, II which you can stream below via Spotify.
SoundCloud: https://soundcloud.com/thedshaun/sets/sincerely-dshaun-ii
Apple Music: https://music.apple.com/us/album/sincerely-dshaun-ii/1607110069