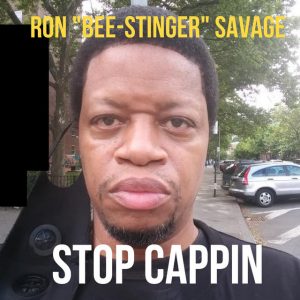 Owner and CEO of Hip Hop Movement Ron “Bee-Stinger” Savage returns with his latest single and video release “Stop Cappin.” Ron says this about the video, it’s aimed towards females who act like their hair, nails, etc. are real…I even took a hit for it on a major social media site.” Watch the video and connect with Ron “Bee-Singer” Savage and Hip Hop Movement below.

Once upon a time during the 1st generation of Hip Hop, the Hip Hop Movement was just a term used to describe growing DJ’s and MC’s popping up city to city emulating what the young kids in the Bronx were doing later called Hip Hop.

Hip is the Culture Hop is the Movement