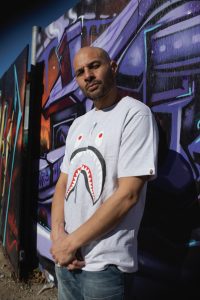 San Francisco rapper B3hree was on a tear all 2020 releasing music and visuals and continues his hot streak with his new EP “Truth Hurts,” available now on Apple Music, iTunes, Spotify, and more. Produced entirely by Portland/Oakland artist TOPE, B3hree gives us smooth flows, vicious wordplay, and plenty of free game over the soulful and mobby production. Entering the rap game with his freshmen release, Death Of A Salesman – B3hree has kept his foot on the gas with the recently released Cradle 2 The Grave album with Napalm, as well as appearing all over The Pare Tape by DJ Sonz and a string of dope singles released recently.
On “Truth Hurts” B3hree shows us his lyrical capabilities and song-writing skills continue to grow with every release. Opening up the EP with “Truth Hurts Radio,” TOPE and B3hree have a little fun in the studio while keeping the bars to a high standard. On “Run It Up” B3hree shows us how to make a few dollars and keep it in the circle while maneuvering his flow over the nasty bassline. Be sure to check out the Official Music Video for “Run It Up” featuring cameos from Nump, Alien Mac Kitty, DJ Sonz, and much more. Also, check out the all-star remix for “Run It Up” featuring verses from NW Hip Hop legend Cool Nutz and the man behind the beats, TOPE. Songs like “Ceiling Fan” and “All Day” are also standouts, showing B3hree‘s craftiness on the mic, sneaking in punchlines and bars at every corner. Only his second solo release, Truth Hurts” is a testament to the work B3hree has been putting in on his craft in the studio and in the community to make sure his impact is felt.
Be sure to check out B3hree on Instagram for updates on new “Truth Hurts” merchandise, his new website, and the Official Music Video for the “Run It Up” Remix all dropping soon!
B3hree – Truth Hurts EP
Spotify
https://open.spotify.com/album/3XPeLerNDcTFxkpBWUw3W1
Apple Music
https://geo.music.apple.com/us/album/truht-hurts/1547780085?itsct=music_box&itscg=30200&ct=albums_truht_hurts&ls=1&app=music
YouTube
https://youtu.be/xAJYJGBQ2wk