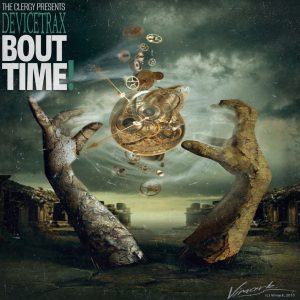 Vetted MC/producer/songwriter DeviceTrax along with The Clergy announce the release of his new video “Bout Time!” After a long hiatus, the properly titled track hits hard for Youngstown Ohio fans. Don’t let the rooftop vibes fool you as DevicTrax wastes no time jumping in with his signature aggressive bars power 10! The self-produced gritty melodies intensify his numbing emotion and a whole new lyrical beast. Watch the video and stay tuned for “Bout Time!” the album release.