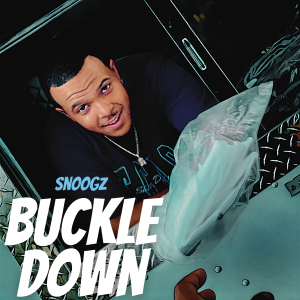 Portland artist Snoogz drops off the Official Music Video for his new single “Buckle Down.” Available on YouTube, Apple Music, Spotify, and more – Snoogz comes through with a hustler’s anthem on his new single, breaking down his grind and motivating listeners along the way. With one watch you can see Snoogz is really outside and a prominent figure in his neighborhood, adding rap to his collections of many talents. Snoogz gives an honest and real look at life coming out of North Portland on “Buckle Down.” Mixing his heavy influence of West Coast rap with his love for East Coast styles as well, Snoogz gives us heavy bars but in smooth, laid-back delivery. Not only a music artist, but Snoogz has also started an entire clothing line based on his tagline “This Shit Don’t Stop” which appears through “Buckle Down.” Having worked with some of Portland’s young greats such as Vinnie Dewayne, Northside Tego, Nick Bezas, and more Snoogz is aligning himself as another force to be reckoned with coming out of Portland, Oregon.
Watch the Official Music Video for “Buckle Down” available on YouTube and be stream to stream on Apple Music, Spotify, Tidal, and more as well.
Stream “BUCKLE DOWN” https://open.spotify.com/album/7ahSU8huA8OZD5RnkNeT4e?si=hSJbrEAHQWCmMh0aquIfYA