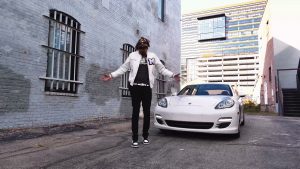 In “Dancing With a Spanish Jawn” Rashid heats up the night with a semi-erotic lyrical rendezvous, making it impossible for hips and bodies to be still. On the dancefloor, Rashid sees a woman who catches his eye. He’s a mystery to her as she doesn’t know who he is, what he does, or where he’s from. Because of that, she assumes he can’t handle her. Even though she’s in the lead, Rashid’s convincing vocals along with smooth, infectious Latin melodies are sure to loosen her control. Stream the single and connect with Rise Rashid @riserashid on all Social Media platforms.