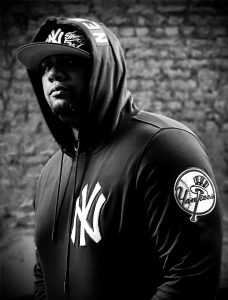 Queens-based rapper Rinchere just released his new single and video for “The World Watching” featuring Var Brown. The song is a powerful conscious hip hop release about the current state of the world written as a revision to the Jay-Z classic “Streets is Watching”. The song and video feature fellow Queens rapper Var Brown and is intricately laced with raw and thought-provoking lyricism over a nostalgic and infectious hip hop beat, showcasing the genius of Rinchere as he sheds light on the issues that plague our society.
Rinchere confides, “In a way this project was inspired by the documentary The Social Dilemma. The internet is a powerful tool that has innovated the world in many positive ways but at the same time it has done irreversible damage to humanity. This project is a retrospect on that.” “The World Watching” is from Rinchere’s upcoming project Retrospect due out April 22nd.