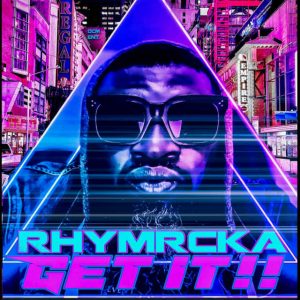 The verbal vigilante, Rhymrcka, returns after the world is still buzzing from his latest headlining singles/videos “Autobiography,” “Look Out Boy,” and “The Matrix” (still shadowed banned). DCM ENT., WhoMag, and Sony Orchard present “GET IT.” The single/video produced by pesopapi223 is taken from his forthcoming solo album.

The American Cream Team/Wutang Killah Bee affiliate drops nothing but mean-mugging, in-your-face gritty bars while heavy NY basslines shatter throughout the entire video. Rhymrcka shows his extreme, full-speed ahead hustle and grind which for him is not only a mantra but a lifestyle. Stomping through the concrete jungle, on stage with legends, or catching flights around the world Rhymcka has the means to get it. Watch the video, which is sure to have Hip Hop heads echoing the hook in unison.

Stream “Get It!!” on preferred platforms https://orcd.co/getit

@rhymrcka on all Social Media platforms