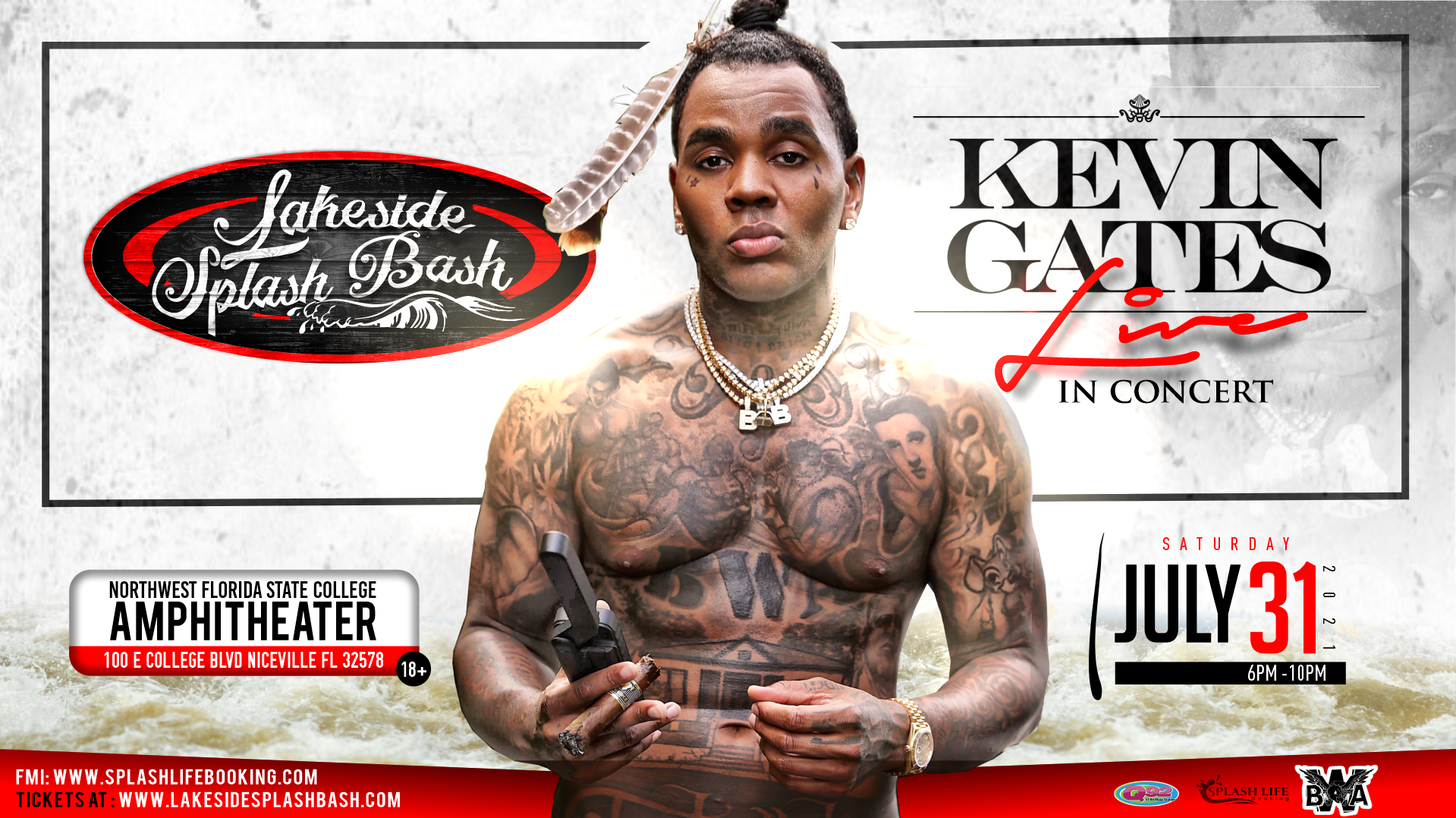 This event is projected to create nearly 100 new Jobs for the people of Okaloosa County, as well as inject tourist dollars into the local economy by benefiting restaurants, hotels, barbershops, salons, apparel stores, and more. “Our team, at Splash Life Booking, is beyond excited to hold our event at Northwest Florida State College, to provide this level of entertainment to the community. And to have it at the beautiful amphitheater, just makes it that much more special,” said Splash Life Booking founder, Adé Kemp.

Lakeside Splash Bash is set to be extensively covered by local radio and television media as this is the first full concert to take place at the Northwest Florida State College’s amphitheater. The amphitheater has a capacity of 4,000 and is set to poised to be at full capacity for this level of event.

Kevin Jerome Gilyard, better known by his stage name Kevin Gates, is an American rapper, singer, and entrepreneur. He is currently signed to Bread Winners’ Association with a partnership with Atlantic Records. His debut studio album, Isiah, released in January 2016 and peaked at number two on the US Billboard 200 chart. Prior to Isiah, Gates also released a number of mixtapes including Stranger Than Fiction, By Any Means, and Luca Brasi 2, all of which peaked in the top 40, on the Billboard 200 chart.

Gates is known primarily for his “confessional anthems” that blend often autobiographical lyrics with
refined Southern beats. In a review of his debut album Isiah, Consequence of Sound noted that
“autobiography and honesty have always been central to [Gates’] artistry.” Spin has noted that Gates often combines “melodic tunefulness” and “clenched-teeth street rap.” In recent releases, he has incorporated more singing, having trained with the singer, Monica. Gates’ lyrics often deal with subjects like depression, poverty, and prison time He has listed numerous artists among his influences including Nas, Biggie Smalls, Jay-Z, Tupac Shakur, Eminem, and others.

Tickets for this event are now on sale online at splashlifebooking.com and lakesidesplashbash.com, while a limited number of tickets will be available the day of the event, at the college’s box office.