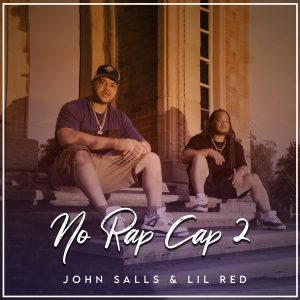 John “CEO” Salls has a new project on the way! The entrepreneur and music artist founded his own Independent Record Label “ButterBoyMusic Group” and Clothing Brand “TeamIcy Apparel” so he is taking his career to the next level. Alongside his label mate and Brother “Lil Red,” he has found some success touring music festivals in the Midwest from Michigan to Tennessee. That brings us to today where he wants to announce the new project. At the top of March, he released a single, and throughout April fans can expect more drops!
These days Salls is going hard in the studio making new music and promoting his last project CEOSZN. Some fan favorites are Watch This, KOOL AID, and Money All The Time. It was an early Christmas gift released on December 24, 2021 featuring production from Amoxibeats, ayemandeezy, AbelMadeIt, and Ulisses. CEOSZN is about overcoming adversity, meeting your goals, and becoming not only financially successful but achieving success in all aspects of your life. Which is the whole team icy brand mantra “Be Legendary, Be Icy #teamicy”. Be on the lookout for the project!