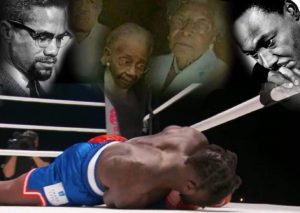 New York-based group Hivemind releases their second single “Lil Jam” following their debut release track “Got Options!” The collective is made of three, Noct, the mixing wizard, producer, and frontman for the group, Crash, one of the frontmen and creative consultant and Ex Creator, the traveling artist and producer who takes in world experiences for the group’s music. Inspired by local artists in New York, it is very important to showcase the importance of being creative and authentic to your true self. Listen here:

Hivemind on their newest single:

“Lil jam is about anyone who’s been down on their luck but won’t let it defeat them. Knowing that life comes with ups and downs and it’s all about how you decide to jig to the “Lil jams”

Through their storytelling and unique visuals, Hivemind has been able to control its narrative and build as organically as it possibly can. They describe their music as “very expressive” and symbolic of their brotherhood — how they make them look like regular guys but underneath, there’s a lot of genuine creativity that captivates artists whenever they step into The Basement.