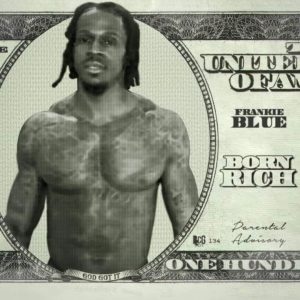 Iconic Records Philadelphia LLC presents Frankie Blue and the video release for “Now.” The single/video is taken from his latest album ‘Born Rich’ out now on streaming platforms. In the video we see Blue hanging with his crew, shooting craps, and having a blessed time. His lyrical tale depicts life after prison. He’s focused on getting to the bag and taking over the indie scene all while surviving in his city. Blue’s story is cinematically underscored by trap melodies and hard, knocking bass. Watch “Now” and connect with Frankie Blue below.