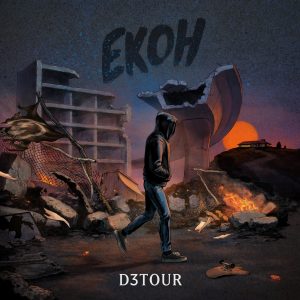 Las Vegas MC, Singer, Songwriter EKOH continues to deliver with brand new album THE D3TOUR out now! STREAM HERE.
Featuring appearances by Locksmith, Rittz, Futuristic, Jarren Benton, Vin Jay and more!
In an era where rappers prominently drop singles, Ekoh shows and proves the importance of artistry through body of work and full length projects. Rapper, singer, songwriter, Ekoh is known for his combinations of rapping, catchy hooks, comics references and impeccable flow. Ekoh’s rough upbringing led to a young adult life of stumbling blocks, but he turned to music as his escape. He uses his real life struggle as inspiration for his music, and fans have dubbed his music style “Heart Hop” for the emotion each track delivers.

The D3tour is the latest installment of the album name series, previously started by The Detour in 2018 and The De2our in 2020. Since 2017, Ekoh has remained inspired and creatively active, moving numbers and building a loyal fanbase. He has gained respect from his peers and been able to announce headlining tours while being fully independent! With D3tour, Ekoh continues to keep pushing his own lane and proving that he’s ready to build an artistic legacy. Ekoh’s emphasis on keeping things real has propelled him to prominence by building a solid and strong fanbase that he will get to meet again on his very first 20 city headlining tour next month.