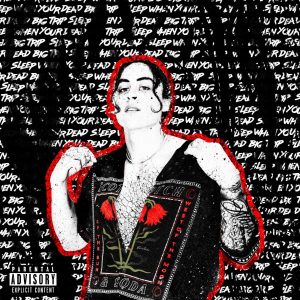 “The lyrics in the song speak to my mindset that I’ve acquired throughout my journey of becoming a strong, hard-working, independent man,” Big Trip explains to AllHipHop.com. “Once I heard the aggressive beat from Dirty Harry, I knew I had something gritty and authentic to say. The simplistic flow and cadence created space for me to really let people know how I’m feeling. I’m tired! My mind’s always going, and my phone’s always ringing. My body aches for rest but my mind is strong enough to realize: all that resting can happen when I’m dead! Crazy thing is, I actually had a close call when I was shooting the video for the song. I had a seizure while on set and almost died. Doctor said I wasn’t taking good enough care of myself or getting enough rest. But the only thing I’m focused on is getting my money and expanding my network internationally while being the flyest dude to do it.”

Big Trip was originally destined to become a professional baseball player. Instead, he paved his own way to becoming a dedicated musician and executive. Now twenty-five years old, Trip applies those same sports practices and ideologies to the art of leading a successful business and career in music.

One night, an overdose on college fun led to a near-fatal experience that left him in a coma. After miraculously surviving what should have been a death sentence, Trip grew more spiritual and in tune with the universe around him. One night in 2016, Trip had an intense dream about the mountains and when he awoke the next morning, without ever visiting the state, he booked a flight to Boulder, Colorado.

Only three months into his new life in Boulder, he’d made his mark on the new territory and founded his rap group Low Hanging Fruit. The group quickly grew popular, creating the space for Hip-Hop in The Rocky Mountains as it didn’t previously exist. Having toured both domestically and internationally, they opened for major artists, including A Boogie Wit da Hoodie, Maxo Kream, G-Herbo, Madeintyo, SOB RBE, YBN Nahmir, Afroman, GZA, Zeds Dead, Mike Stud. Now, Trip is emerging as a solo act, navigating new terrain. With his new songs “Pack” and “INTL (Sleep When You’re Dead)” more music to come, Trip is poised to make a major impact in 2021.